House Philip is now part of the Christiana Lodge portfolio and is no more than 15 meters from the main building.

The house has three rooms and breakfast is served in the lounge/dining area with views over the sea and the spectacular Robberg Peninsula.

“The idea behind the building was to use primary forms and clean geometric shapes in order to create a composition with a sense of clarity and calmness. Raw materials like exposed stock brick and off-shutter concrete were used to reduce the need for maintenance while allowing the building to weather over time, thereby increasingly blending into its surrounding natural environment. Its primary aim is to allow for sweeping views of its surroundings – one could think of the building as being similar to one of the many birds that can often be seen from its living room, stretching its legs and craning its head to peak over the dunes towards the sea and Robberg beyond.” – Mike Louw, Architect 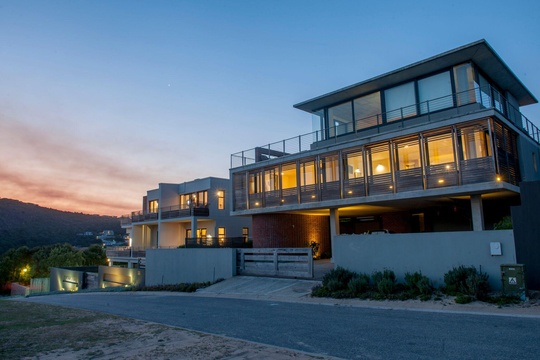 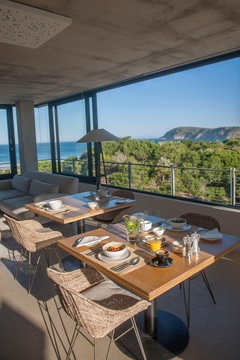 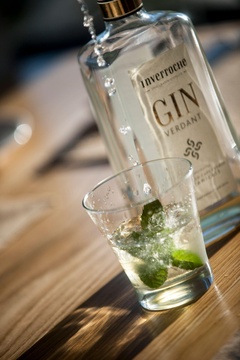 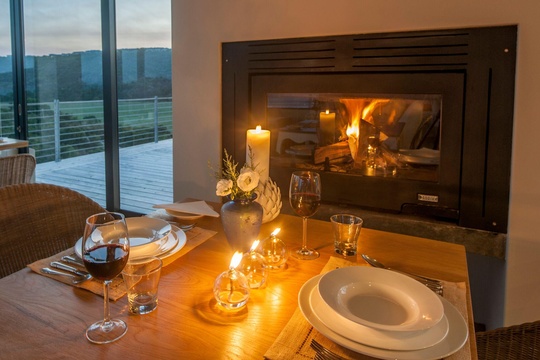 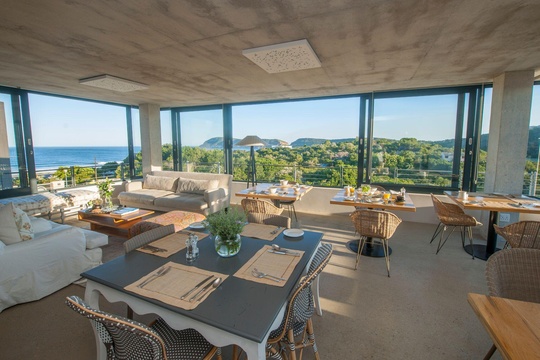 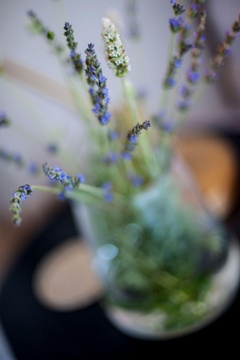 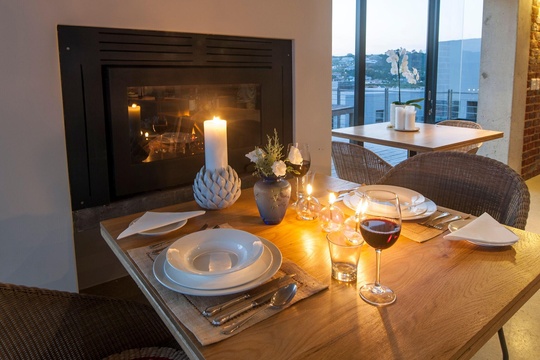 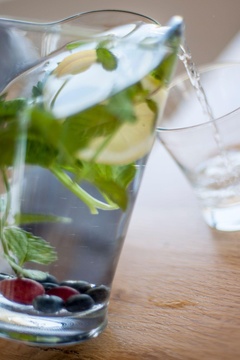 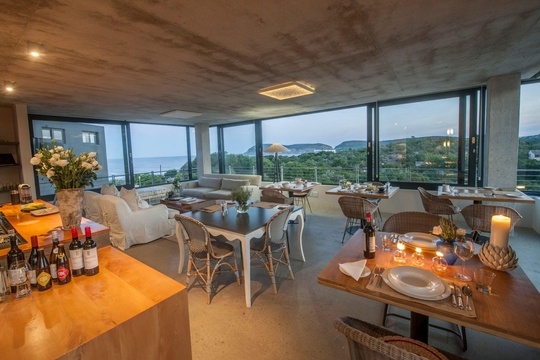 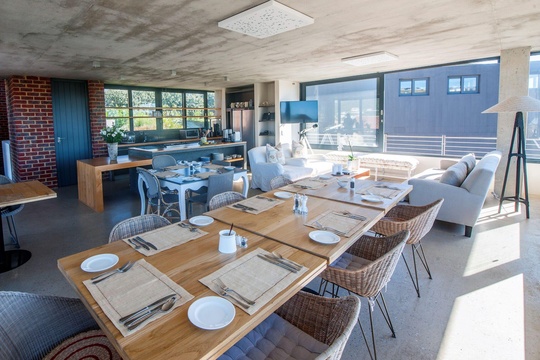 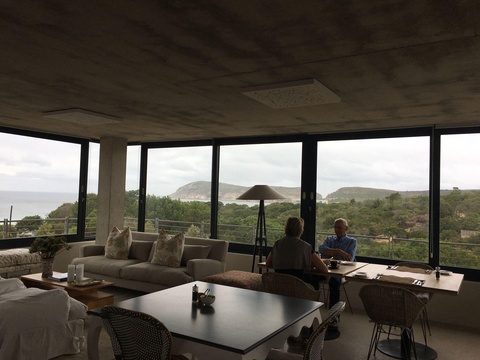 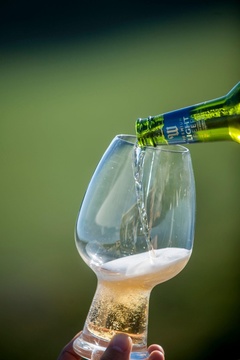 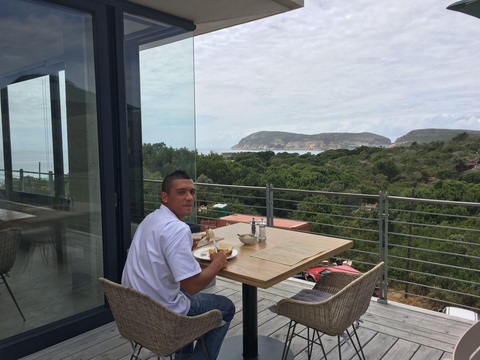 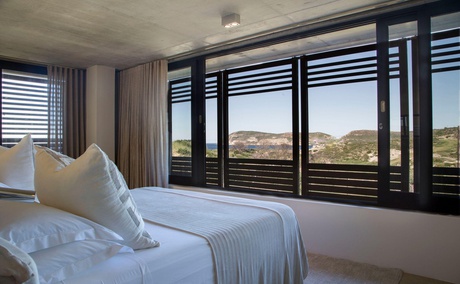 Room one is a large room (60 square metres) with an extra-length king-size bed, a daybed, walk-in cupboards, a large bathroom with a free-standing bath and double shower.

This room also has its own swimming pool and garden area. Glimpses of the ocean an be seen from the room. 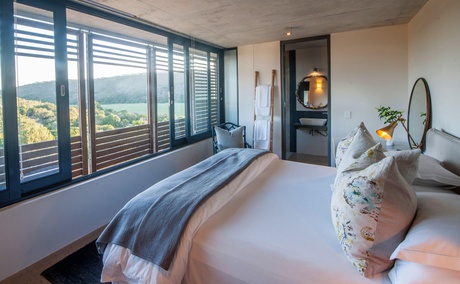 Room two is an airy room with an extra-length king-size bed. The bathroom has a shower, basin and toilet.

The room has huge windows with views over the nature area across the road from the house. It does not have a balcony but the upstairs lounge/dining area is easily accessible. 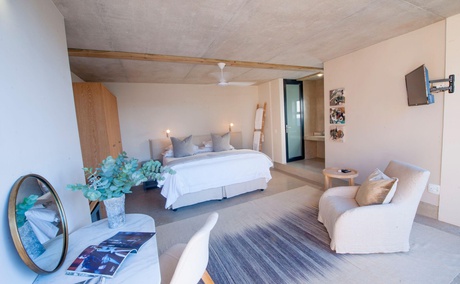 Room three, or the Garden Room, is a spacious room (30 square metres) with an extra-length king-size bed, a separate toilet and double shower.

This room has a deck and garden area with chairs and an umbrella for your leisure.

Why not work from Plettenberg Bay!